The findings of a research study that discovered a treatment for early stage Alzheimer’s disease have been hailed as “momentous” by Alzheimer’s Research UK. The new treatment, lecanemab, is the first drug to slow cognitive decline in people with early signs of the condition.

Lecanemab, developed by pharmaceutical companies Eisai and Biogen, is an antibody that is designed to remove toxic beta-amyloid deposits. These are proteins that build up in the brains of people with Alzheimer’s disease.

Participants on the phase 3 clinical trial received infusions of lecanemab or a placebo (dummy drug) every two weeks to compare the two. They also regularly had their memory and mental agility tested over an 18 month period.

Whilst the drug is not a cure, results from the trial showed that brain function decline was slowed by 27% over the course of the 18 months of treatment.

The results were presented at the Clinical Trials on Alzheimer’s Disease conference in San Francisco and published in the New England Journal of Medicine.

The drug appears to reduce toxic plaques in the brain, thereby reducing the rate of decline in people’s memory and thinking.

The study adds further evidence to the theory that the buildup of amyloid proteins in the brain is the primary cause of Alzheimer’s disease. Prior to this ground-breaking study, dozens of other drug trials in this area had failed, leading to questions about whether amyloid was really causing the disease.

A reduced decline of 27% is a modest change in clinical outcome but it is the first time any drug has been clearly shown to alter the disease’s trajectory.

Side effects included brain swelling and headaches, which is in line with the expectations of the pharmaceutical companies.

Eisai and Biogen are now applying for regulatory approval for the drug to be given in the US, Europe and Japan.

What does it mean?

Professor John O’Brien, NIHR Clinical Research Network National Speciality Lead for Dementia said: “We are pleased to see the results of this study, which is the first trial to show significant benefits in people with early stage Alzheimer’s disease from lowering amyloid levels in the brain – and are excited about the future potential of this new generation of treatments.

“Whilst it is not a cure for people with Alzheimer’s disease, it can help slow the decline in brain function in people in the early stages of the condition. It is important we continue research as we need more effective drugs and ones that are easier to administer, but this also greatly adds to our knowledge of the types of drugs that can be used to treat Alzheimer’s disease.”

A big thank you to all the Join Dementia Research volunteers who took part in this study and helped to test this new potential treatment.

Our Winter newsletter is out now! This edition includes a round up of #dementia headlines, an upcoming free online talk on the ...latest #research, and our new video encouraging healthcare professionals to offer studies to their patients.

Do you or a family member have mild-to-moderate dementia? Do you live in Devon or Cornwall? Find out if you could take part in ...this trial below 👇 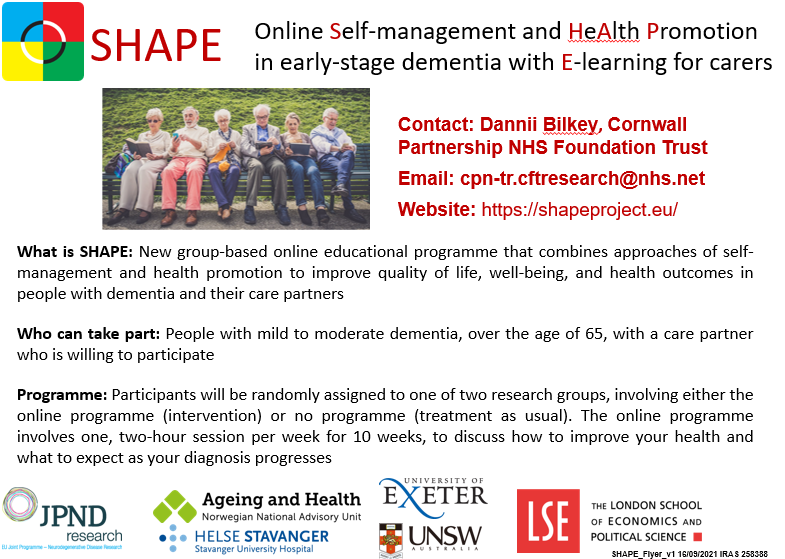 We are inviting people living with Mild-Moderate Dementia to take part in the SHAPE Trial. SHAPE is a 10-week online health promotion group. If you would like further information, please contact the Research Team on 01209 204020, or email cpn-tr.cftresearch@nhs.net

Congratulations to our Research Champion @WendyPMitchell on her book 'What I wish people knew about dementia' being published ...today! 👏 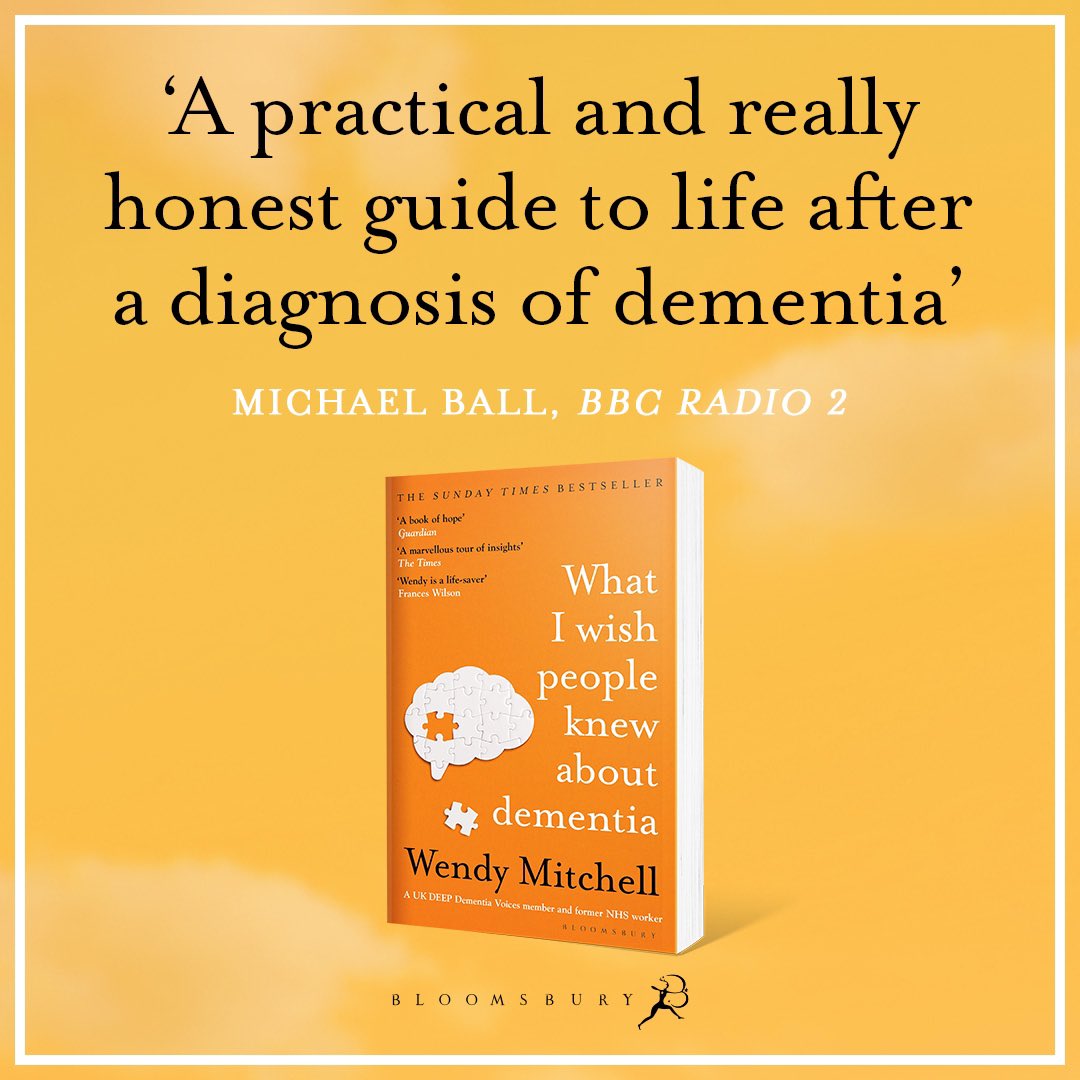 Out TODAY!!!!! You can order from @whartonswords my partner in writing’s on line bookshop
https://thebookroom.uk/product/what-i-wish-people-knew-about-dementia-2/
Thank you @BloomsburyBooks for all my lovely banners 🙏

Want to learn about the latest #dementia research? Join this free online talk from 7 - 7.45pm on Wednesday 15 February. Find ...out more below 👇 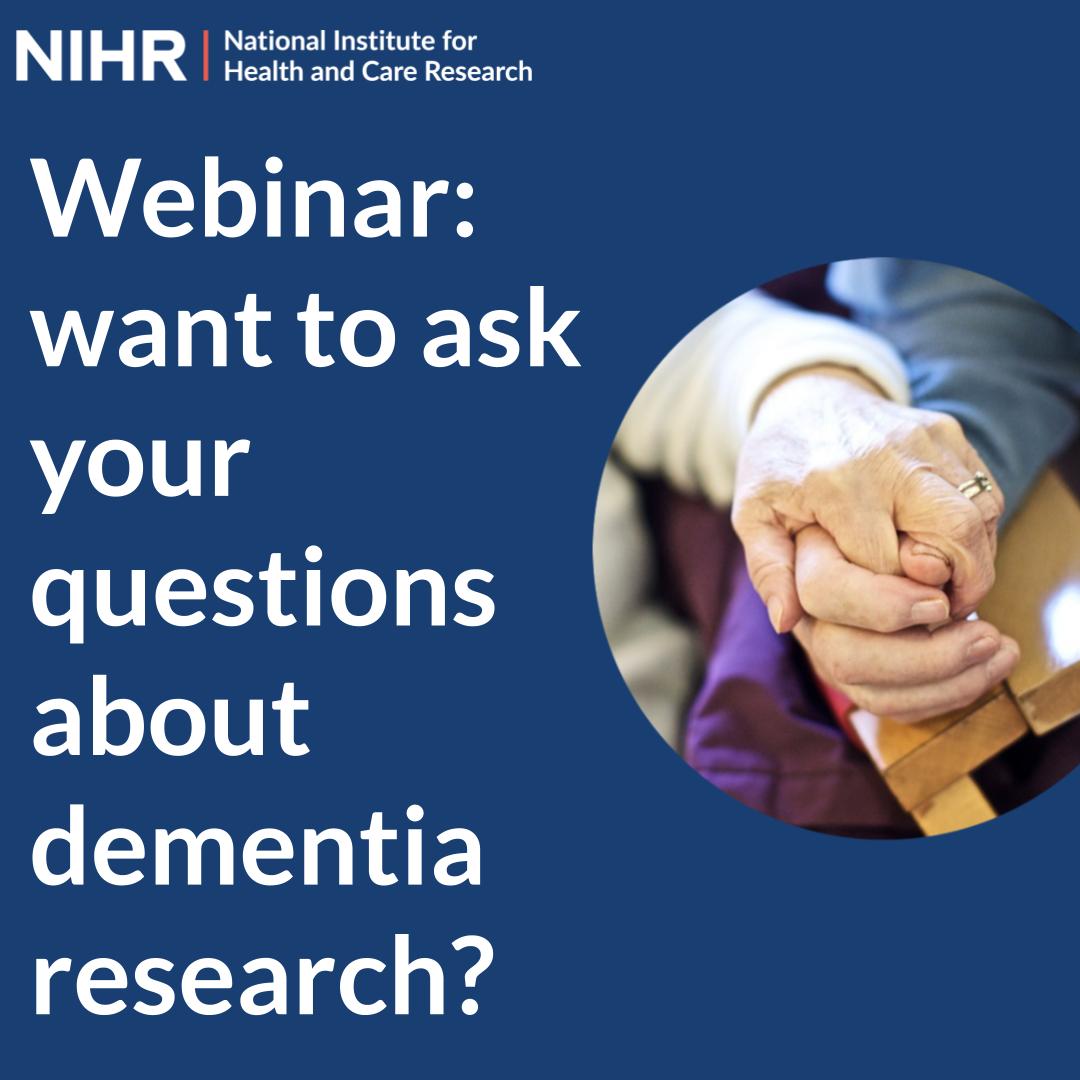 Got a question about the latest #dementiaresearch, memory and brain health?

Join our webinar to put them to the University of Oxford's Dr Vanessa Raymont.

A decade-long study involving 29,000 adults in China has reinforced evidence that avoiding alcohol and other healthy lifestyle ...choices can help reduce the risk of #dementia.

Experiencing three or more concussions is linked with worsened brain function, according to @UniofExeter and @UniofOxford ...research. The study used data from the PROTECT study - thank you to the more than 5,000 who signed up through Join Dementia Research!